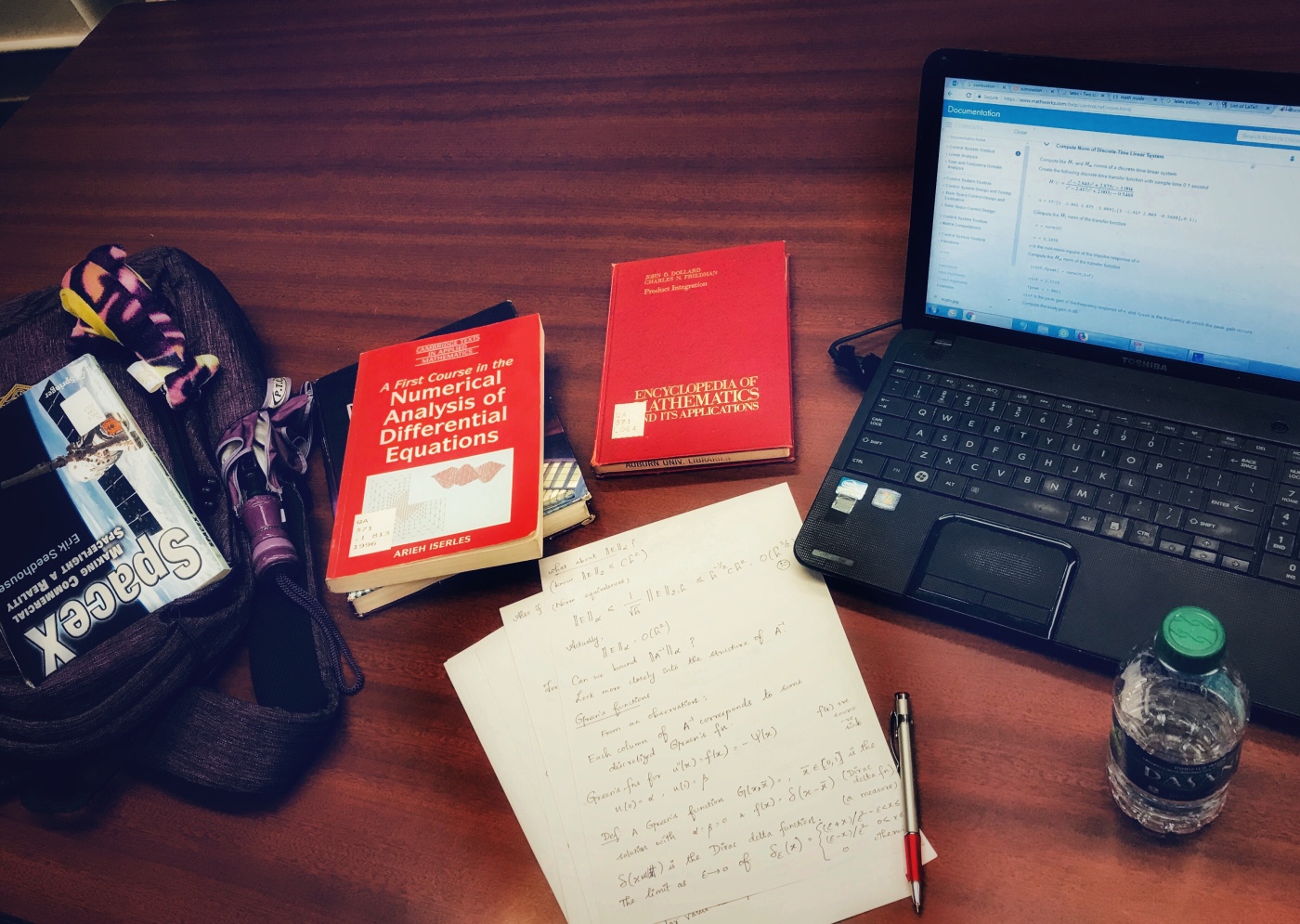 It all began with Matrix Norms. I do know matrices. Rows & Columns, Multiplication and Solving systems. Easy. But being an engineer, I have never heard about the 1-Norm (it’s also called Taxicab/Manhattan Norm by the way), the 2-Norm aka Euclidean Norm aka Frobenius Norm, then there is the infinity norm. Here is a twist, there is a whole set of new norms called ‘grid function matrix norms’. (If you thought, ‘what in the world?’ just now, hey you, let’s be friends! 😍)

Alright, moving on, this came in because we solved the simplest (but all encompassing) steady state 1-D heat equation, numerically. If CFD is something you do, you know how easy it is. Draw your bar, name the boundaries, Open Fluent/Comsol, Set it up with a temperature and click Solve. Colorful lines will start running across the screen until they cross a certain value you specified and BOOM! You have the solution. And I did know-what kind of FEM schemes exist, how Fluent uses these schemes to solve the heat equation. But as an engineer, I never gave a thought to those colorful lines – the error and how Fluent calculates it. All I ever cared about was convergence. If Fluent said, ‘Solution Converged’, that was enough for me. But Mathematicians fill this gap that engineers (or engineers like me) don’t even know exists.

Back to grid function matrix norms, so I panicked royally and sent my professor an SOS about this. And the very kind professor explained it in class, for the whole 1.5 hours just for the two ignorant engineers (yes there is one more person who shares the same feeling) in a class of 12 graduate students.

Three weeks in, three months more. So, Prof just assigned the first HW due next week, I have taken a look at it already and in short, he doesn’t know what’s coming for him this week. But I am glad that this is going to be an opportunity for me to actually know what happens behind the scenes even though it means that I am gonna have to work my ass off.

As a final note, engineers – don’t underestimate mathematics. Mathematicians, Big respect. If you are a grad student and if you have done the same mistake before, let me know the fun story. If you are a graduate student, thinking about something like this, think harder and then decide, thank me later.